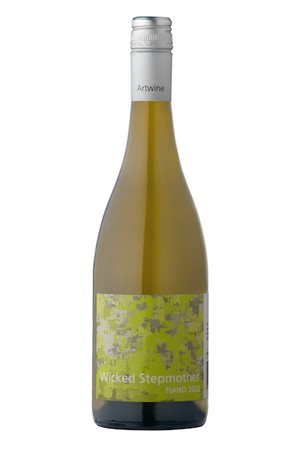 With origins in the Campania region of Southern Italy, Fiano is our flagship white wine and this one is our 11th vintage. Elegant aromas of florals with hints of spice that lead to a delicious palate of subtle spiciness with notes of honey and hazelnut. Fiano gains aditional honey characteristics as it ages. Fabulous on its own or pair with spicy food.

The previous vintage was awarded Australia's BEST Fiano and this one has just been awarded the TROPHY for Best Other White Varietal at Sydney Toyal Wine Show! - We have the most awarded Fiano in Australia

Wine Specs
Vintage
2022
Varietal
Fiano
Appellation
Clare Valley
Sugar
.32 (g/l)
Acid
7.1
pH
3.19
Aging
3-5 years
Bottling Date
28/5/22
Alcohol %
12.5
Wine Profile
Tasting Notes
With origins in the Campania region of Southern Italy, Fiano is our flagship white wine and the 2021 is our 10th vintage. Elegant aromas of florals with hints of spice that lead to a delicious palate of subtle spiciness with notes of honey and hazelnut. Fiano gains additional honey characteristics as it ages up to approx. 5 years. Fabulous on its own or pair with spicy food.
Ratings
Young Gun of Wine Fiano Deep Dive Tasting - Artwine Wicked Stepmother 2021 was rated TOP Australian FIANO - we have the most awarded fiano in Australia since 2012. This was Maisano’s top wine, it polled one spot back for two tasters and appeared in the top-six lists for two others. “Honeysuckle, juicy white nectarine, tangerine peel, fresh sage, glacé lemon and pink grapefruit,” wrote Maisano. “This wine dances on the palate with citrus and almond kernel flavours. Unctuously polished and refreshing with a plethora of aromas lingering on the finish. Couldn’t put it down.” Szyman described it as “The summer holiday I didn’t get this year. The nose gives generously with a tropical flair, lychee and pineapple and honeysuckle blossoms. The palate has a refreshing mineral quality, with sumptuous fruit weight that finishes drily.” Scarcebrook praised the “very classic fruit profile, some citrus and apple notes, a hint of under-ripe nectarine, a bit of crunch but for a fresh style it is offering plenty.” Trembath described it as an “appetising wine in an aperitif style – crisp and mouth-watering. Beautifully made, well-balanced and has a lot of flavour and dimension.” “Herbaceous and zesty with a distinctly aromatic nose somewhat reminiscent of sauvignon blanc,” wrote Nadeson. “However, the wine still shows sweet lemon brined olives and touches of honey, which would lead you down the fiano path. Excellent length and an undeniable balance of flavour.”
Awards
Since our first release of Fiano in 2012 - we have won 6 Trophies and now 17 Gold Medals along with numerous silver and bronze medals. The most awarded Fiano in the country!
Vineyard Notes
We were the first to plant fiano on their Clare Valley vineyard in 2009 - with their first vintage in 2012 being awarded two gold medals from the Royal Adelaide & Royal Melbourne - we have gone on from strength to strength winning major trophies and now have the most awarded fiano inn the country - achieving the top accolade in 2021 of Australia's best Fiano!
Food Pairing Notes
Delicious served crisp and fresh and matches really well to spicy food - Spice up your life with Fiano!
Production
Varies each vintage

Be the first to review this item »
View Product Details »